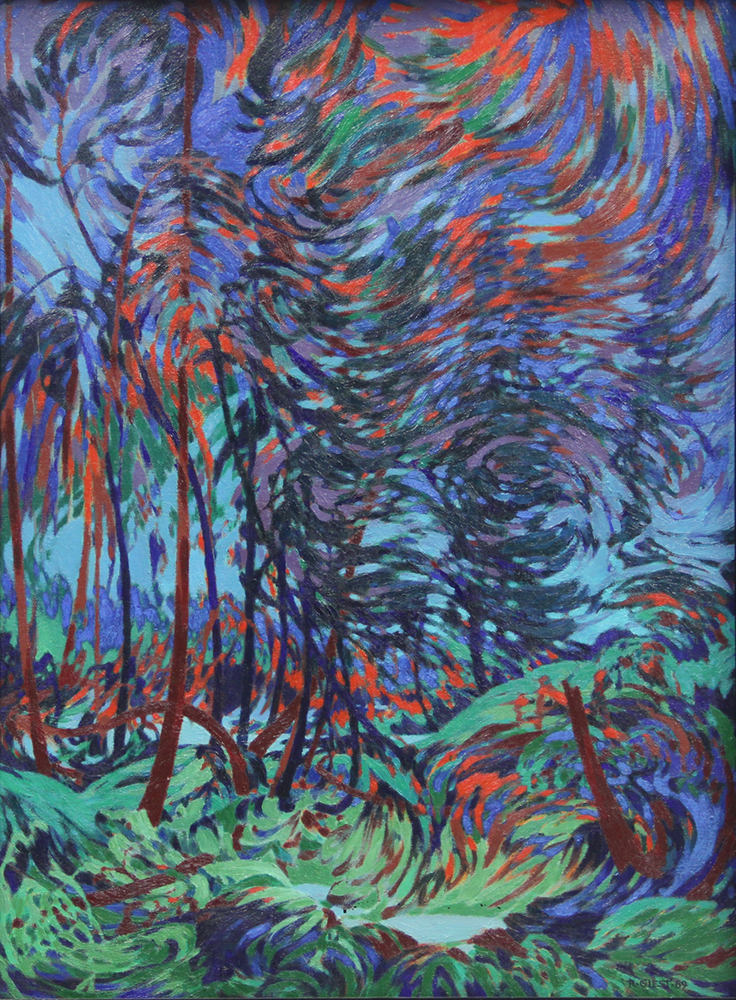 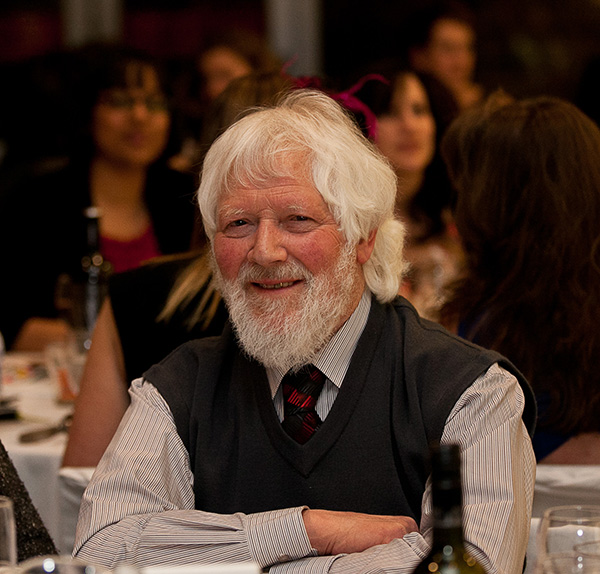 Born and raised in Beaverlodge, Robert Guest was a prominent figure in the Peace Region art community. Strongly influenced by the Group of Seven, Guest became well known as a talented landscape artist, having drawn inspiration from his decades spent isolated in fire watch towers. As an avid landscape artist, he studied nature’s composition, texture and lighting. He often described nature as his greatest teacher, emphasizing the importance of observing, imitating and reimagining what he saw. Guest would amass books of sketches, paintings and memories which he later used to compose his own landscapes inspired by his time in the wilderness. This allowed him to capture the essence and mystery of the landscape rather than the realism.

This exhibition looks at Guest’s artistic process of examining landscapes in nuanced ways, through loose sketches, detailed drawings and abstract notions of his surroundings. The work demonstrates the development of his perspective on the landscapes he knew intimately, providing a deeper understanding of Guest’s learning process and evolving interpretation of nature in new and unexpected ways. 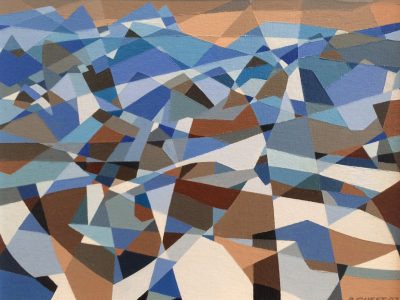 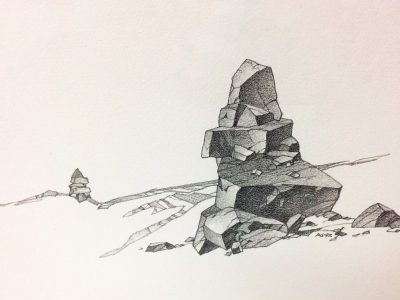