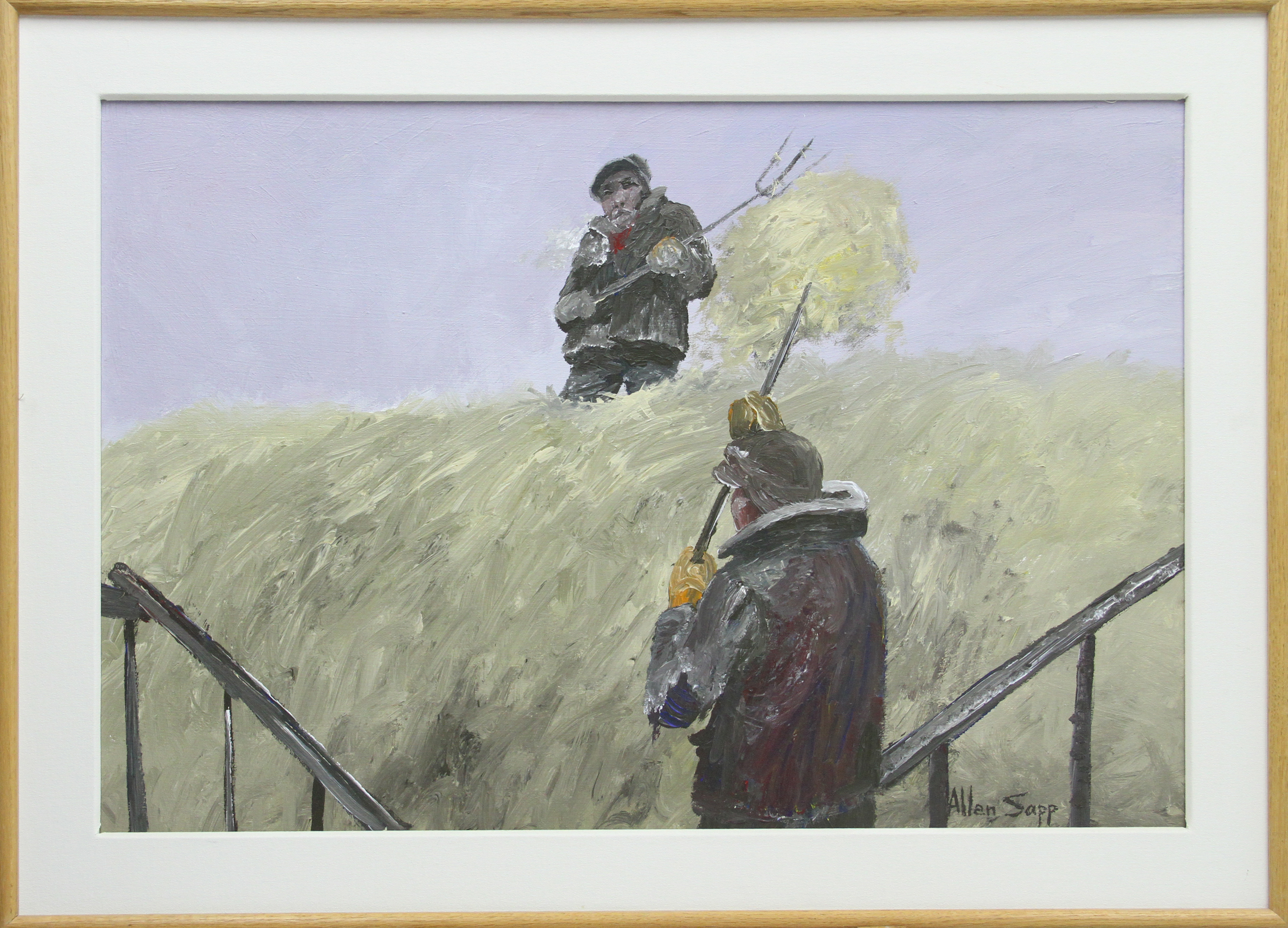 Allen Sapp was given his Indian name by an elder when he was eight and going through a particularly bad round of health. It was believed that this name would strengthen and protect him. This name was Kiskayetum, meaning He-perceives-it. A suiting prediction as due to illnesses Sapp was often bedridden during his youth and therefore would closely observe and study the world around him. At this young age he started drawing with bits of charcoal, or any thing else that would make marks, on wood, bark, leather or scraps of paper. These observations kept him occupied and the memories made would later grace his canvases; recording the activities of the Plains Cree on the Red Pheasant Reserve in the 30’s and 40’s.

Allen Sapp was one of the first professional indigenous artists to make a living from his paintings, and not make or exhibit functional or decorative native art which was more common at the time.  Sapp’s paintings play a key role in the awareness and preservation of his Cree culture, they serve as a way to share his traditional upbringing and indigenous identity; a crucial undertaking since assimilation was highly encouraged during those years.

From our Permanent Collection we present to you 14 paintings depicting his life on the reserve farm, where his subtle perceptions of the seasons and his reverence of the land offers us a sense of timelessness.

Allen Sapp was born January 2, 1928 as Allen Saposkum (He-passes-through) and was raised on the Red Pheasant Reserve in Saskatchewan.

Sapp portrayed what life was like as a Cree farmer to live off the often harsh Canadian land. Allen Sapp started from very modest beginnings; two paint brushes and a few scraps of paint on a muffin tin palette, but his following would soon explode after exposure in 1968 at Eaton’s Art Gallery in Montreal and later in 1969 at the Mendel Art Gallery in Saskatoon. After this he was wildly exhibited across Canada and a few places in the United States and England, where most of his paintings immediately sold.

Sapp passed away on December 29, 2015, leaving a lasting artistic legacy. His realistic narrative style is easily recognizable and as a prolific Canadian artist he has received many of the nation’s highest honours and awards such as being an officer of the Order of Canada, a member of the Royal Canadian Academy of Arts, and in 1999 received the National Aboriginal Lifetime Achievement Award.