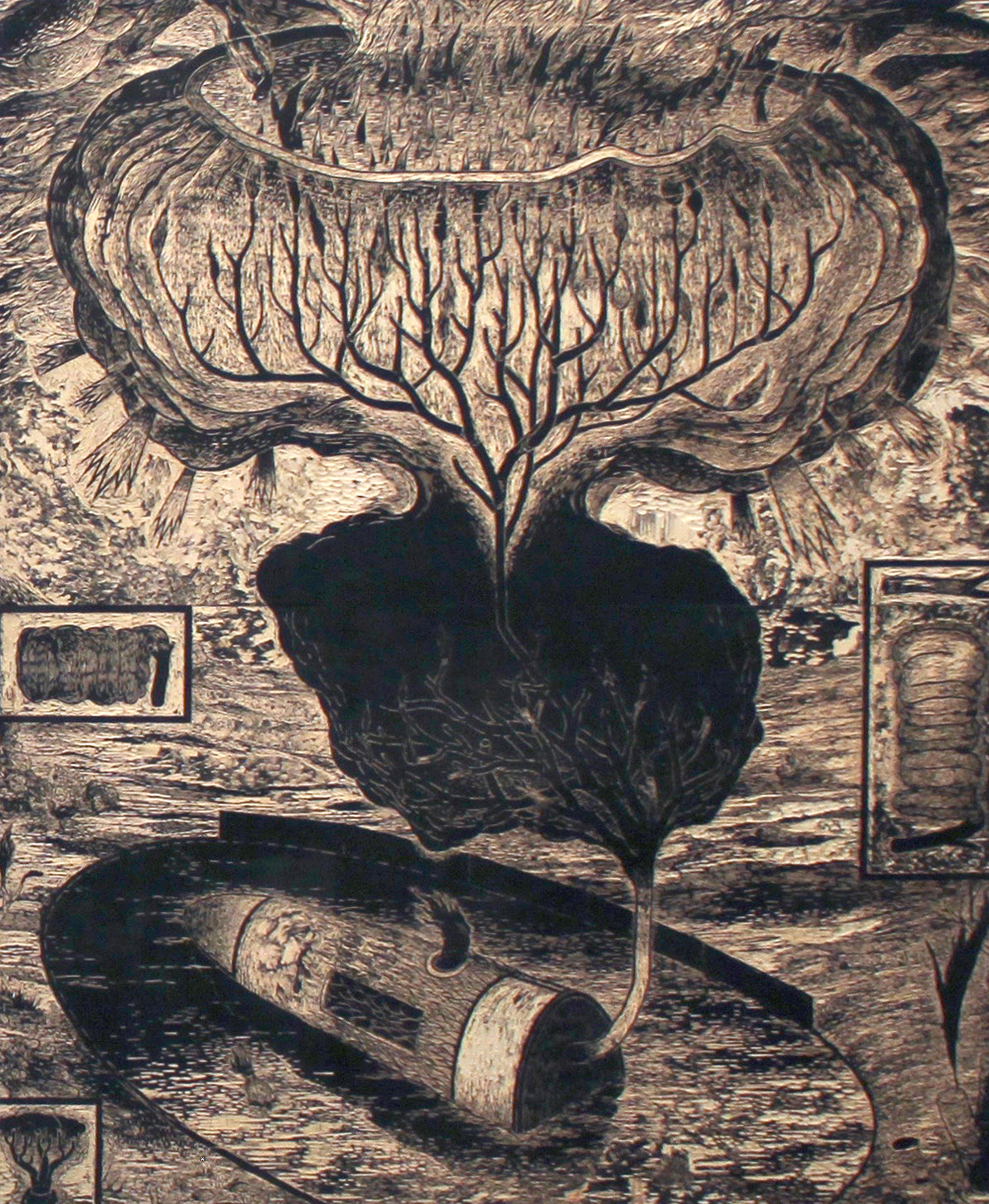 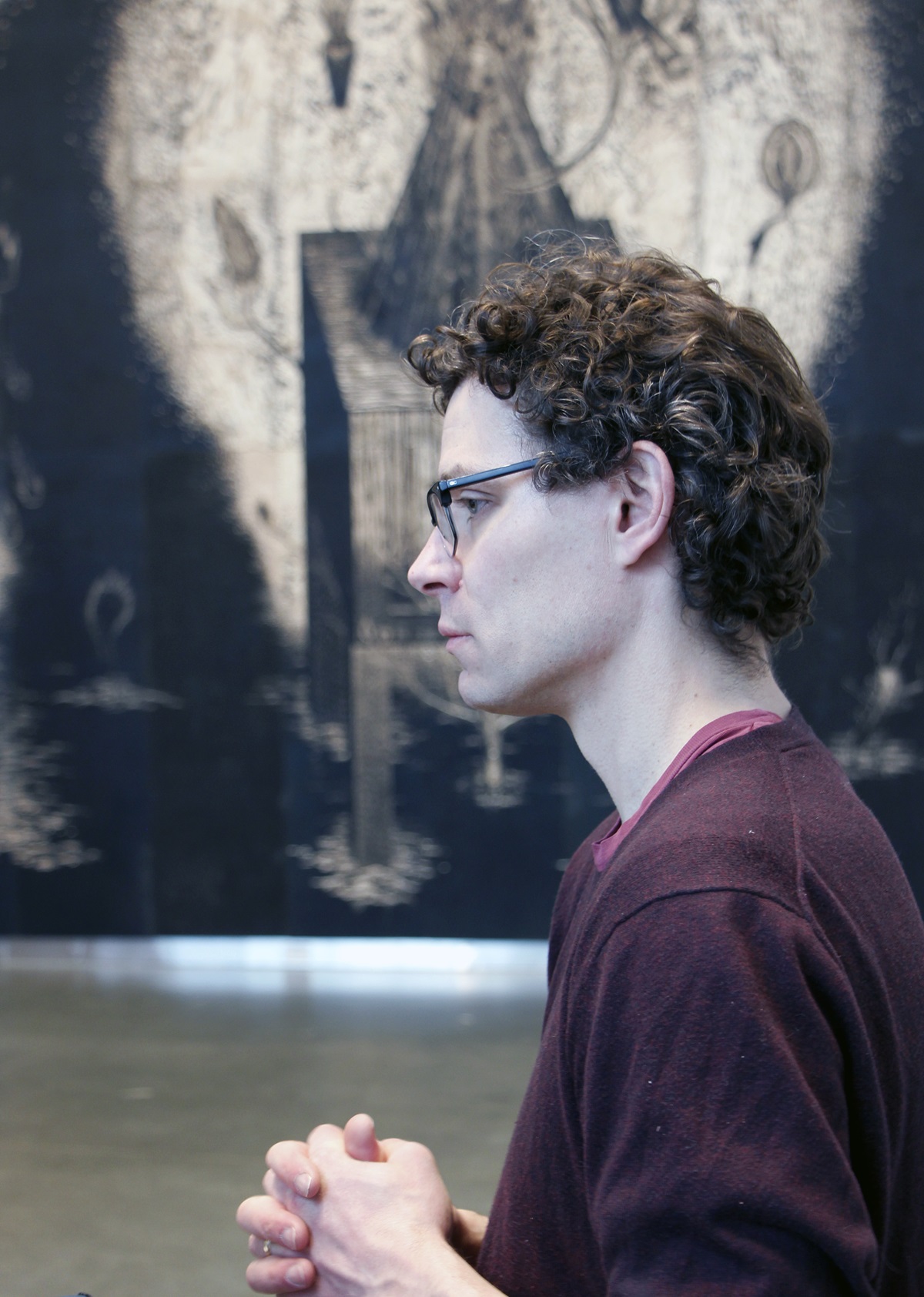 Using traditional hand-cut printing techniques as a starting point for his work, Caulfield’s practice blurs the boundaries between the biological and the technological, embodying visions of both the past and future. Caulfield’s recent work created over the last 5 years is informed by the artist’s visit to Fukushima, shortly after the disaster, and subsequent visit to Hiroshima.

Caulfield’s work embodies the potentiality for destruction created when environmental processes meet industrial ones. Considering implications of this merging, the artist not only reflects an anxiety over the future, but also creates a future of possibility – as with fire and flood come not only destruction, but also rebirth.

Traditionally used as an intermediate in the print process, Caulfield has recently begun exhibiting his hand-carved woodblock panels as works themselves. In their direct relationship to the artist, these panels betray the hand of the artist, creating a sense of intimacy and a heightened tactility, and exposing his process.

Sean Caulfield is a Centennial Professor in the Department of Art and Design at the University of Alberta. and an internationally renowned printmaker. He holds an MFA from the University of Alberta and he has exhibited his prints, drawings and artist’s books extensively throughout Canada, the United States, Europe, and Japan. Caulfield has received numerous grants and awards for his work and his Manning Hall Commission, The Flood, was on view at the Art Gallery of Alberta until August 2016. Caulfield is represented by dc3 Art Projects in Edmonton, Canada. 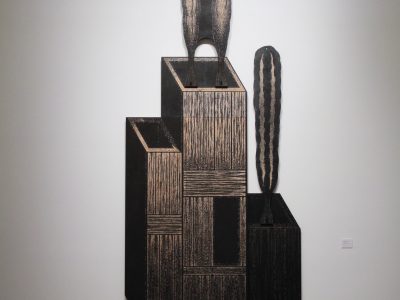