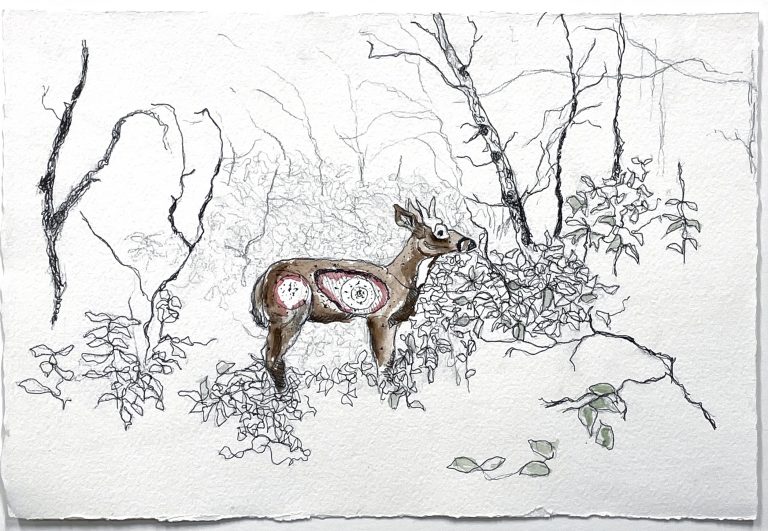 Memory, land, and identity are all deeply interwoven, often coming together to form a sense of home or belonging; joy or grief. These gentle ties to place extend from stories across generations that overlap with our own, responsibilities to land and the histories it holds, a moment witnessed, a tracing of steps, or an urge to remember and care for a space from which we grew.

The artworks in What’s Held explore ways of memorializing, mapping, and holding onto these significant sites, keeping our stories of them alive and present, even as the landscape shifts or carries us further away from home. Beyond settler borders and monuments, the works recognize the power and importance of place, from the desire paths left over from continually wandering the same treasured areas in meadows, fields, and forests, to the objects and scents that come to represent the ways that we’ve known these spots across landscapes.

Fifteen of the works are from the collection of the Alberta Foundation for the Arts. Separate from this collection, are five drawings and prints by Kiona Callihoo Ligtvoet. Her works share snippets of memories growing up on the prairies, becoming a form of personal archiving. She draws from feelings of loss and the complexities of enfranchisement, but also from moments of closeness between her and her relatives as they’ve walked through the bush, visiting familiar spots on the land.

By bringing these artworks together, What’s Held is a testament to land as a layered and active site that is powerfully carried forward through the stories told and held by our individual and collective experiences.

Kiona Callihoo Ligtvoet (she/her) is a mixed Cree, Métis, and Dutch artist coming from scrip land, and descending from Michel First Nation. Kiona is currently practicing in amiskwaciwâskahikan, where she primarily works in painting and printmaking while exploring stories of grief and tenderness. Her practice uses a non-linear telling of memories through narrative work as a form of personal archiving. It draws from feelings of loss, displacement, and enfranchisement, but also from moments of deep belly laughter. Paired with her studio practice, Kiona has also been working alongside other artists in initiatives of community care, co-organizing Making Space in partnership with Sanaa Humayun. Making Space is a visual-arts focused BIPOC peer mentorship group prioritizing collaboration through workshops, artist visits, studio hangouts, and a shared love of gossip, support, and privacy.

What bodies move alongside, within, and outside of the designated city boundaries? Who inhabits the spaces along the city limits? How is the border inscribed on the land and felt in space? For the 8th Mountain Standard Time Performative Arts Festival, I attempted to trace the city limits of Mohkinstsis / Calgary on foot. The Google map developed by the City of Calgary became a virtual guide. Without sanctioned pathways or access points, the boundaries of the city are often experienced from a distance, from a vehicle, or not at all. While the city limit runs alongside roads and highways, it also demarcates the border along Tsuut’ina Nation 145, dips and crosses both the Bow River and Elbow River, runs directly along the Bearspaw Dam, moves across private property, farmlands, and sinks into ponds. This work was first presented at The New Gallery in partnership with M:ST Performative Arts Festival. It toured as a solo exhibition through the Alberta Foundation for the Arts TREX programs (2017-2019) to 20 locations in Alberta, curated by Shannon Bingeman. It is now in the collection of the Alberta Foundation for the Arts. Click on an image below to view the works in the series.

The Constellations paintings demonstrate Indigenous diaspora and presence by mapping contemporary First Nation populations, and de-colonizes the geographical landscape while exploring relationships between Native North America and Settler states. Ignoring non-indigenous map-making priorities which themselves ignore our ancient occupation of our countries, imposed colonial lines of jurisdiction are removed, left out of the picture. Within this frame, our communities are highlighted, placed in relation to the land and the rivers within our ancient territories where they have always been. Recognizing that we are Peoples always adapting, e can also be found in rural and urban centres throughout these territories.

As a 2003 BFA Photography Major from Emily Carr University in Vancouver, Sarah Fuller is one of several of Alberta photographers who have extended their practice into video, installation and performance. In addition, instead of the photographic image being a discrete work in and of itself, the photographic act and its image(s) are only part of the story which Fuller has set in motion. Her art, then, is primarily project-based, site-specific and relies on large-format photography in which the artist herself is sometimes present in the final work. Major themes explored include place, landscape and the constructed wilderness with an emphasis of what she describes as “the multiple levels of perception, reality and narrative.” Iceland, Banff National Park and Dawson City, Yukon are three of the locations where she has created new work.

Sarah Fuller has been an artist in residence at Klondike Institute of Art and Culture, Yukon; Fondazione Antonio Ratti, Italy and the Association of Visual Artists (SIM), Iceland. In 2015, supported by the Canada Council for the Arts, she conducted a self-directed research project in Australia. This was followed by her acceptance into an MFA degree program at the University of Ottawa (2015 -2017). Fuller’s art has appeared twice in the Alberta Biennial of Contemporary Art (2013 and 2015, Art Gallery of Alberta) and from her home base in the Bow Valley, AB, she has exhibited at the Whyte Museum of the Canadian Rockies (Banff, AB), Calgary’s Truck Gallery (with Dianne Bos), Les Territoires (Montreal, PQ), Latitude 53 (Edmonton, AB), Christine Klassen Gallery (Calgary, AB) and others.

These prints are my gift to the Dene and Sahtúgot’ı̨nę writers whose work has guided me towards this now path of a very Indigenous way of making, and in a way, back home. Inside each print is a ceremonial mark, a message, an action, and a Dene belief system. I hope these prints can help guide you too. Mahsi Cho

Printed on KODAK PROFESSIONAL ENDURA Premier Paper, Gone Today, Here Tomorrow, is a series of ten (10) photographs that were created during a three-month urban ecology residency at the Lougheed House in downtown Calgary. Built on the outskirts of the city in 1891—fourteen years before Alberta became a province—the Lougheed House’s construction erased nearly three acres of native prairie grasslands. We know this because both historical and contemporary texts regularly describe the House as having been built on the “bald prairies”. This minimizing description reinforces colonial accounts of the prairies as unproductive lands—a place to be settled. The Lougheed House stands as a legacy of colonialism and settlement in Alberta. But it is also a beautiful house and an important contemporary cultural resource in Calgary today. We were taken by both its active outdoor public spaces and its interior that invites important conversations.

Gone Today, Here Tomorrow, is a botanical intervention. Fifty native prairie grasses and wildflowers were installed and then photographed on ten fireplace mantels throughout The Lougheed House in a gesture to return these plants to the site. Gone Today, Here Tomorrow rehearses new equitable ecological futures for this plot of land in downtown Calgary. It opens up a conversation about reconciliation, conservation, and spatial politics. To move the project beyond the photographs, the same fifty plants will be planted as a permanent native grassland garden bed in the spring of 2018.

To photograph the plants on the mantels, we invited long time collaborator Bryce Krynski to work with us. When the house was restored in 2005, Krynski was hired to document the newly renovated and transformed house. His photographs were used in early promotional and marketing materials. With our role as artists in residents, we thought it an important gesture to have Krynski return to The Lougheed House to reshoot it with the intention of creating an alternative narrative for the site.

(Métis, born in 1987, Rich Lake, Canada, Treaty 6 territory) is a visual artist currently living on unceded Mi’kmaq territory in Terence Bay, Nova Scotia. Amy’s practice explores notions of identity, place, language and ecology through the use of various mediums such as animal hair tufting, installation, performance and tattooing. Malbeuf holds a Master in Visual Art from the University of British Columbia Okanagan, Kelowna.

The drawn line has become a symbolic representation of existence in my work. Similar to writing in a journal, drawing and re-drawing a spare set of found objects has become a daily ritual in my studio practice. Through tracing and transfer processes, I am documenting memories and experiences that may be real or imagined, literal or metaphoric. The objects drawn, such as animal muzzles, snouts, tools and old machinery are meant to expose personal feelings of containment, memory and loss while pictorial/compositional decisions reveal internal landscapes where ideas of identity and place are examined.

It is my intent to create works that allow for illusion and open-ended quality as well as provoke and invite viewers to speculate on implied narratives as well as possible symbolic associations with the objects rendered within the compositions. These vestiges of memories, objects and time are intertwined and become united within the picture plane and become a personal archive where political and social issues can be played out.

Robin Smith Peck has spent most of her career in northern Canada. She grew up in Goose Bay, Labrador; received her BFA from the Nova Scotia College of Art and Design and later her MVA from University of Alberta. She has taught printmaking in the remote communities of Holman, Cape Dorset and Iqaluit; as well as University of Alberta and Keyano College. Her work has been exhibited internationally and across Canada and is found in many collections such as Canada Council, Statoil, Silpakorn University, Thailand, and the Canadian Embassy, New York 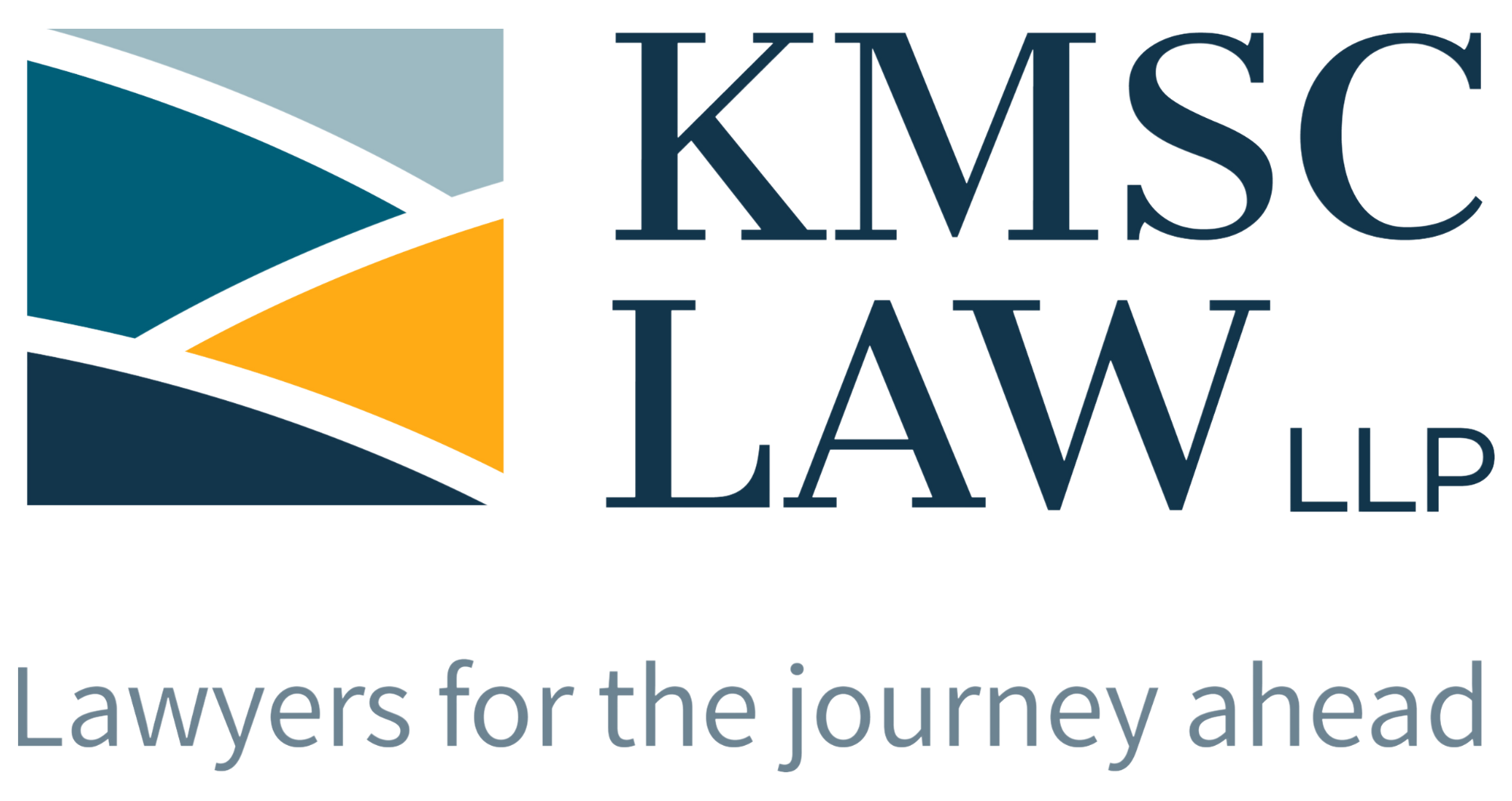 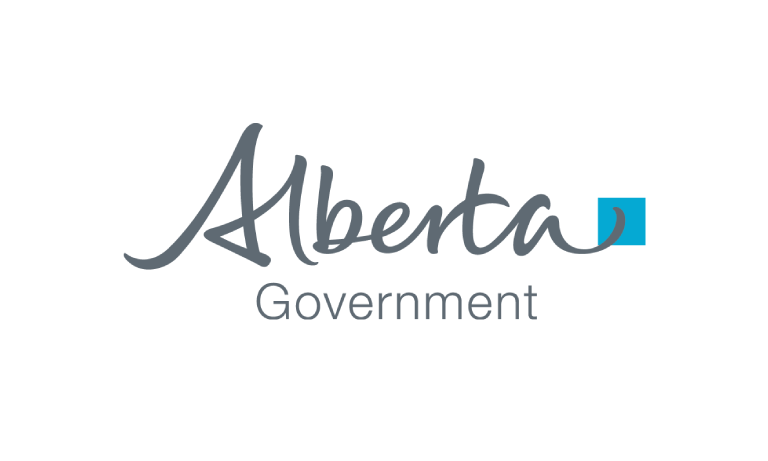 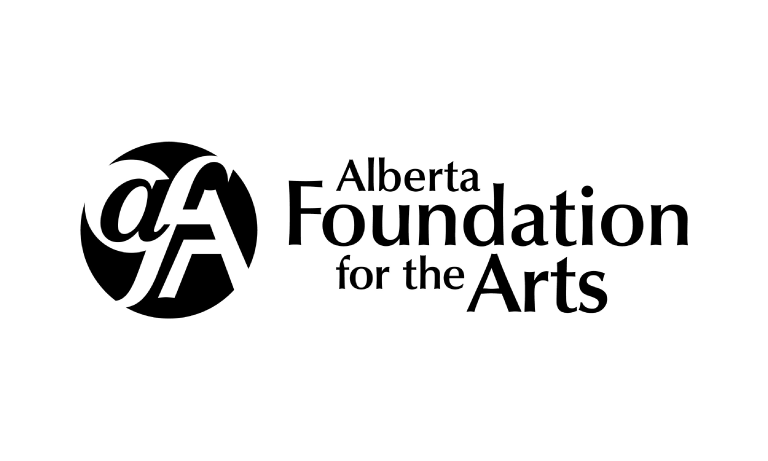 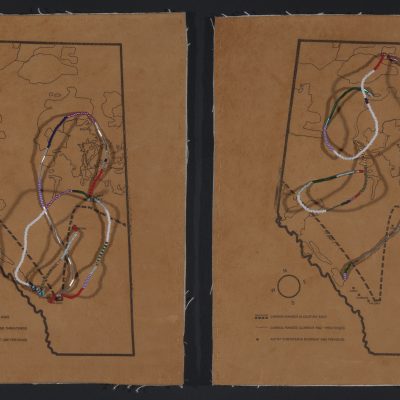 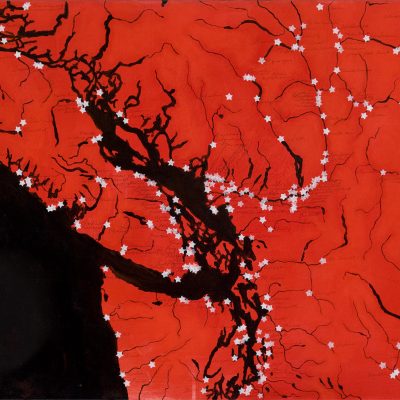 Bruno Canadien, ISLAND AND MAINLAND, acrylic, charcoal on canvas, 2006, Collection of the Alberta Foundation for the Arts 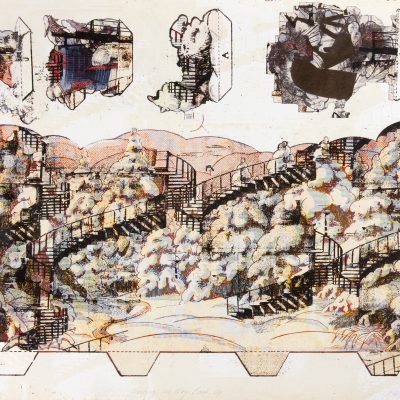 Robin Smith-Peck, FINDING THE WAY BACK UP, digital print on paper, 2014, Collection of the Alberta Foundation for the Arts 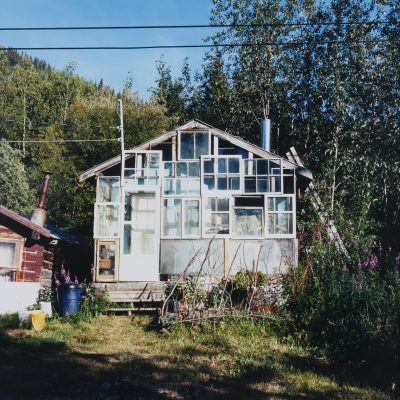