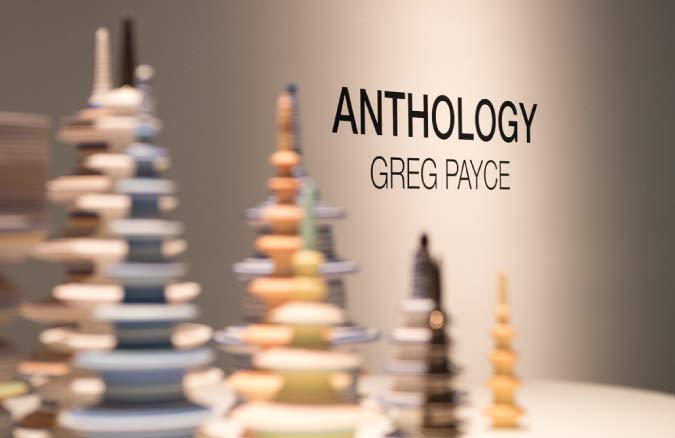 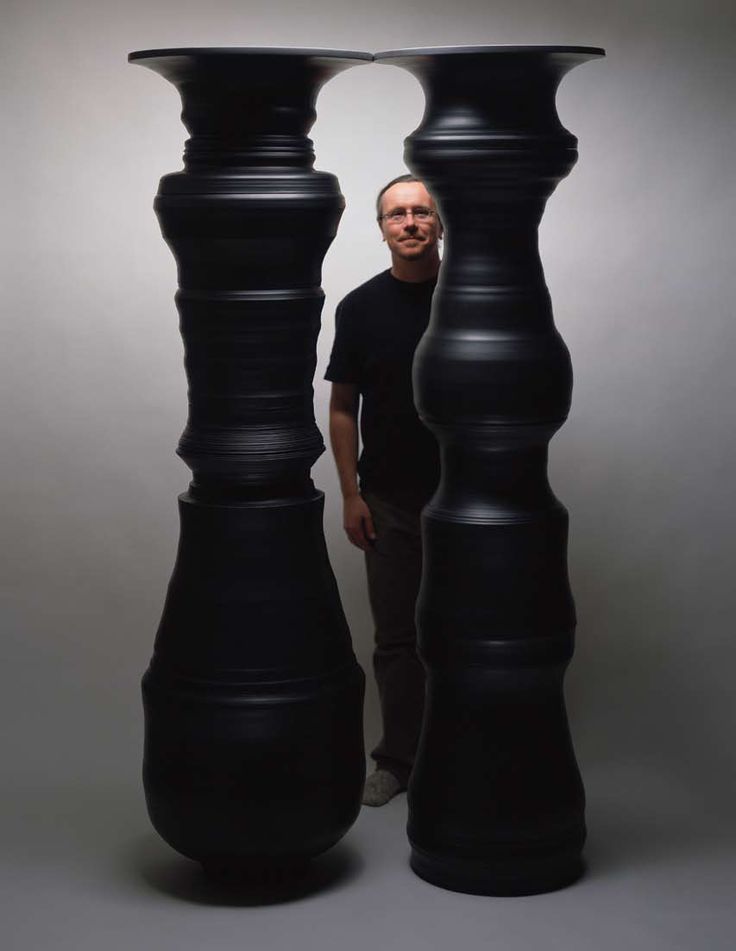 Greg Payce has been making ceramic objects for over 40 years. What started as finely crafted, highly decorated vessels that pay homage to historical forms have evolved into even more intricate forms, now often devoid of any applied decoration. These pristine white porcelain vessels envelop the negative space between two or more objects to define a virtual form or figure. Taking the idea of ‘virtual’ two (or three) steps further, Payce sets up a rotating stage with multiple vases and projects images of historic decoration onto the surface and then records a video of the scene that is then projected onto a wall. From these projections, still images are captured and printed using lenticular lenses that give the viewer a new 3-D image of the work. The resulting videos and photographs allow Payce to show his work around the world without the need to ship heavy, fragile ceramic pieces.

Greg Payce is the recipient of the 2013 Governor General’s Award in Visual and Media Arts (Saidye Bronfman Award). His exhibition at the Art Gallery of Grande Prairie will be the culmination of his Senior Artist two-year grant from the Canada Council of the Arts.