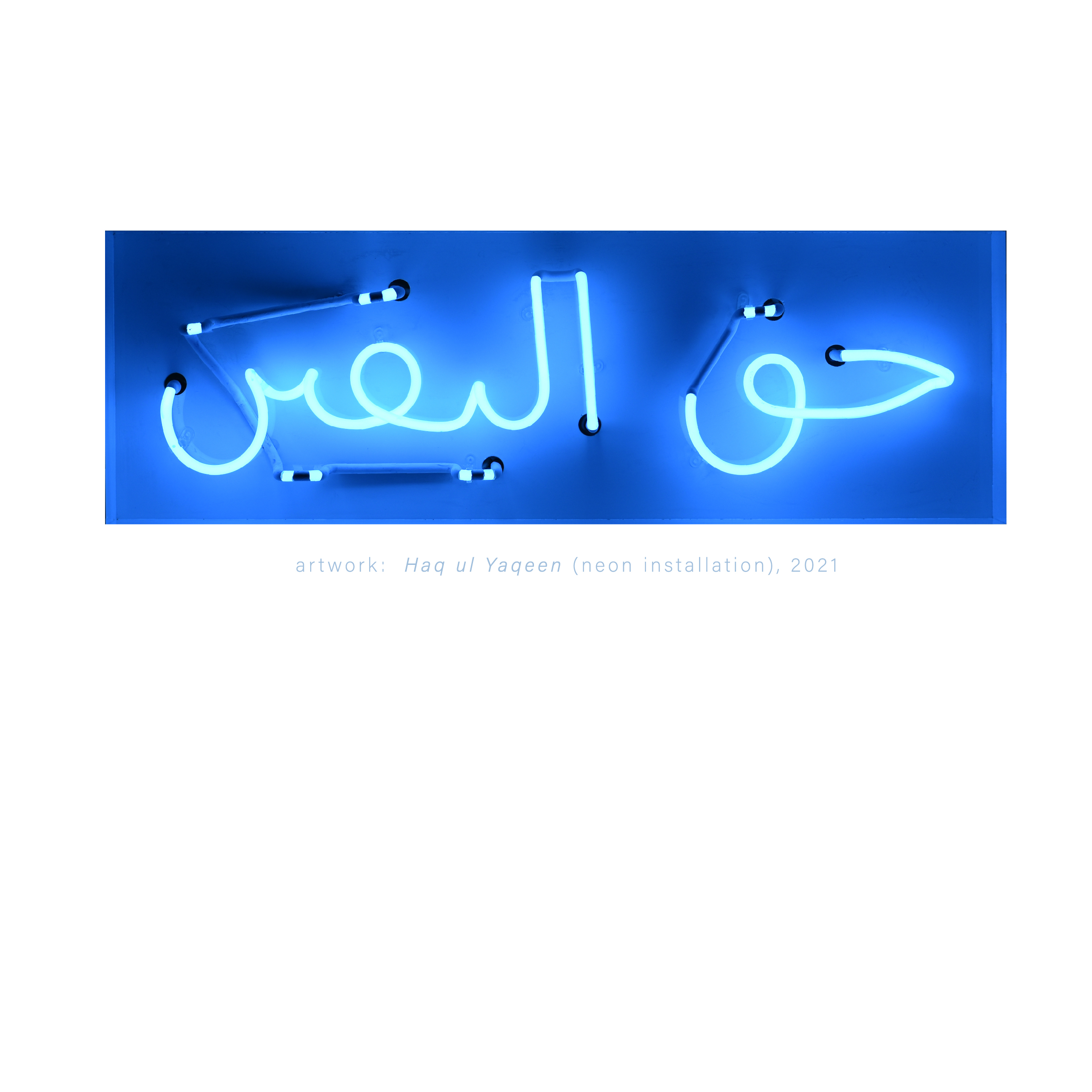 The Bleeding Borders exhibition looks at communities living along the borderlands of Pakistan with India, Iran, and Afghanistan. While living in political turmoil and experiencing extremism, ethnic violence, poverty and a mixed culture, these communities cross between borders for survival. This exhibition examines the historical routes and political interests in the region, and the living situations created from the formation of these borders. Through a series of vinyl, neon, video and acrylic mixed media installations, the exhibition tells the stories of real lived experiences, investigates the complexities of cultural globalization, and highlights issues of post-colonial ideologies and capitalism.

Amin Rehman is a multidisciplinary visual artist who has been working since the1980s. Originally from Pakistan, he studied at the historic National College of Arts and the University of Punjab in Lahore. He received a Masters from the University of Windsor, Ontario in 2011. Rehman has exhibited extensively in a number of exhibitions across Canada, notably Other Histories at the Saint Mary’s University Art Gallery (2008); Hope at the Art Gallery of Regina (2014); A is for… at the McIntosh Gallery at the University of Western Ontario (2012) and White Wash at the Art Gallery of Mississauga, (2011). Rehman received the Canada Council for the Arts Project Grants to Visual Artists in 2014, 2017 and 2021. He also received the prestigious Chalmers Fellowship Award from the Ontario Arts Council twice, once in 2008 and then in 2017. He has received the grants from the Ontario Arts Council and the Toronto Arts Council 11 separate times since 2008. He was honoured with SAVAC’s (South Asian Visual Arts Centre) ‘Artist of the Year Award’ in 2005. His upcoming exhibition the Bleeding Borders will be exhibited at the Art Gallery of Grande Prairie, Alberta from November 25, 2021 to March 20, 2022

Through my art practice, I have continually investigated and questioned themes of violence, conflict, war and peace to highlight the complexities of cultural globalization as an ideology of security. In using a range of artistic interventions, I attempt to highlight issues of post-colonialism, alongside the aggressive capitalism, which manifests itself as a floating signifier of world order and peace. Expanding on these ideas my body of work utilizes the graphic and informational qualities of print media and the aesthetic design elements of Pop Art. It speaks to the current ‘branding’ of global issues across the internet and traditional media platforms.

The Bleeding Borders (images # 1-10) is an in progress created using vinyl, neon, mixed media and video installation. It examines the communities living along the porous borderlands of Pakistan, Iran and Turkey. Associated as hot-zone for terrorism regionally and internationally, these areas have garnered increased attention in the media. Originally from Pakistan, I travelled to the region’s border areas to document the current political turmoil including ethnic violence, poverty and cultural mélange. The visual and lexical artifacts collected through my research inform the content of the works created in the project. Bleeding Borders tries to grapple with and present the struggle against social, cultural and political systems and my own identity within them. 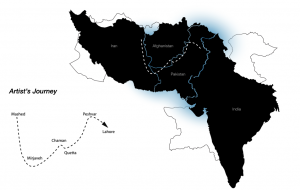 The artist Amin Rehman gratefully acknowledges the support of the Canada Council for the Arts, Ontario Arts Council, Toronto Arts Council, and SAGA Foundation for the creation of artwork inside this exhibition. 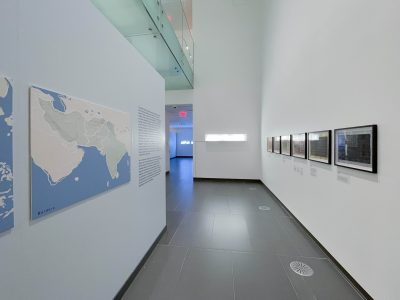 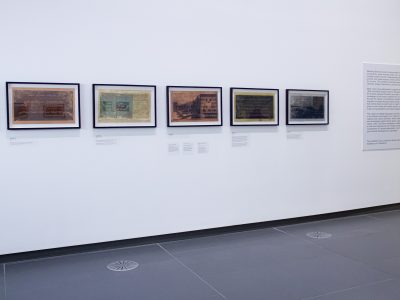 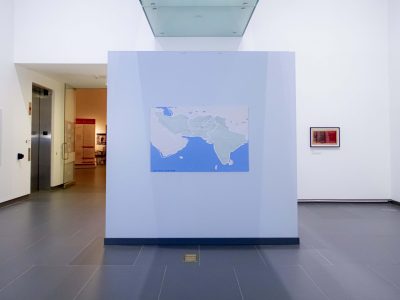 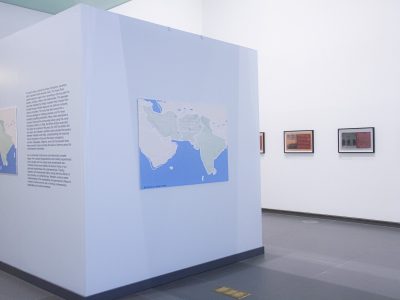 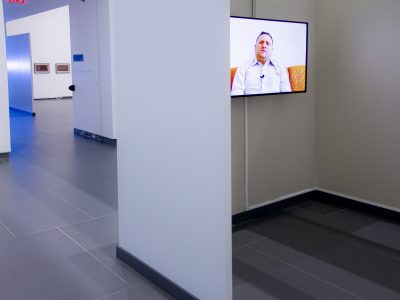 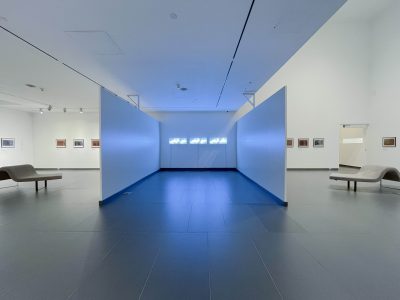 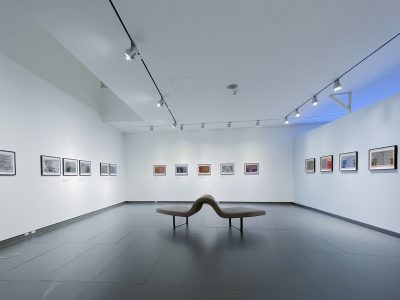 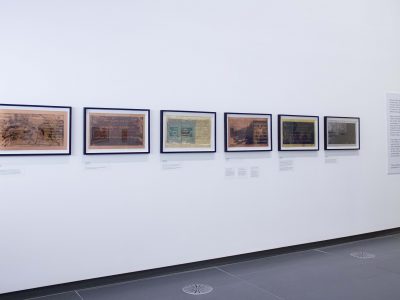 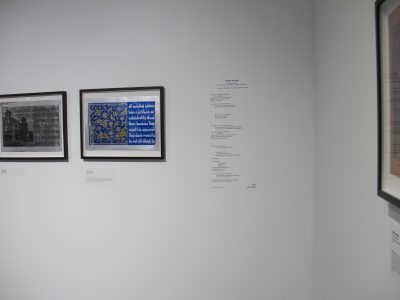 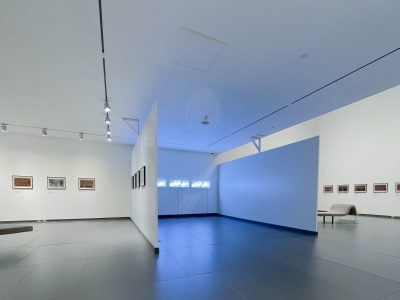 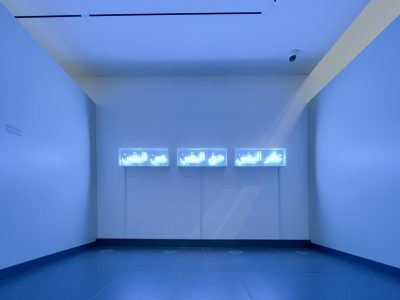 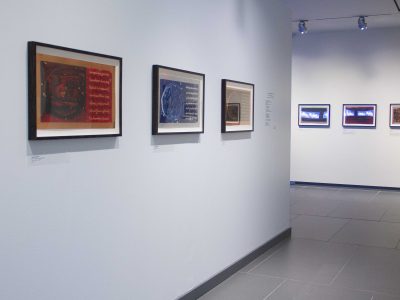 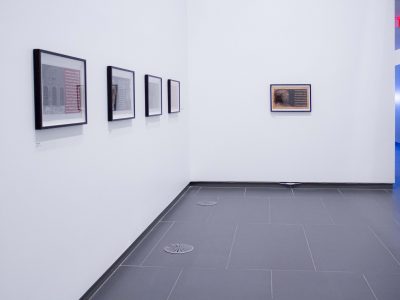 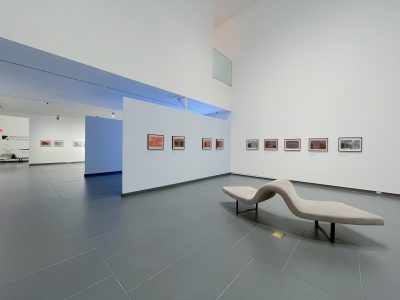