Curbside Museum started as a mini-museum in a fence along a public street in downtown Canmore. As a quiet intervention that can easily go unnoticed, it serves as a space of ideas and contemplation for those who stop by. A small space big on stories, the Curbside Museum blurs the line between the factual, the fictional, and anything in-between. It is a place where the real and the imagined carry the same weight within this cabinet of curiosities construction. This exhibition features a newly constructed museum Good Luck /Bad Luck that will travel alongside photos of prior thematic explorations and their art objects.

This has been created in collaboration with artist and curator Enza Apa, an independent producer/writer, who works on projects that intersect the disciplines of museology, visual arts, music, fiction, and film.

This exhibition was curated by Danielle Ribar

Enza Apa is an independent producer, writer, and founder/curator of the Curbside Museum, a micro-museum in Canmore, Alberta. She creates multi- media projects, virtual tours and exhibition apps for museums, and works on projects that intersect the disciplines of museology, visual arts, music, fiction, and film.

Enza is an English literature, Canadian studies, and history grad from the University of Toronto; did museum studies at Sir Sandford Fleming College, and has worked at museums and historic sites across the country. She’s produced or co-produced music and historical documentaries, has dressed up as a Father of Confederation for national TV, and worked her way through school at a toy factory.

Enza spent over a decade managing music programs at The Banff Centre, including the world-renowned Banff International String Quartet Competition. She was involved in producing over 2000 music concerts in that time, including world premieres, works-in-progress, and concerts for young audiences. 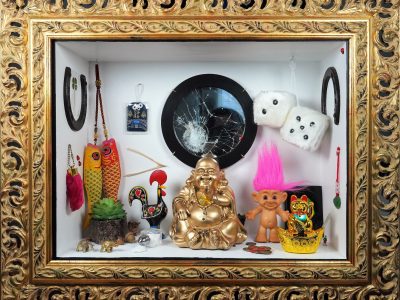 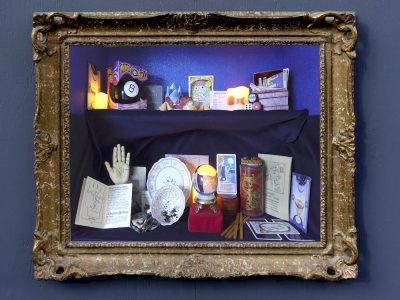 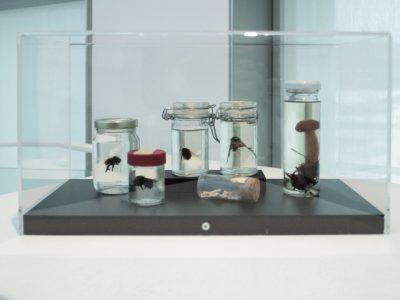 Treasures from the Flood