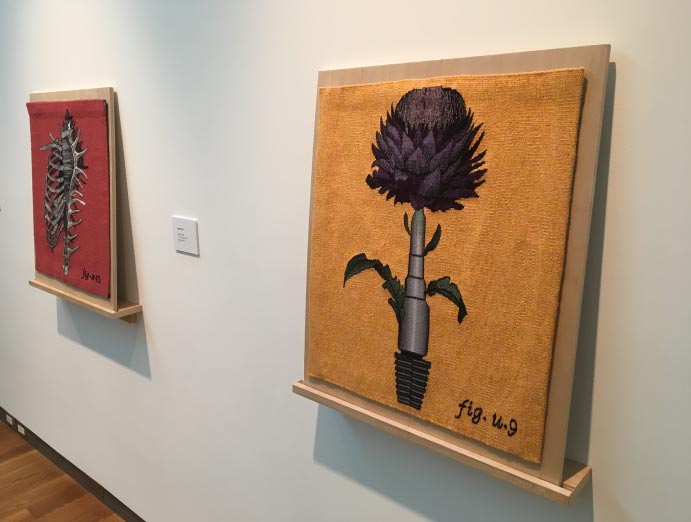 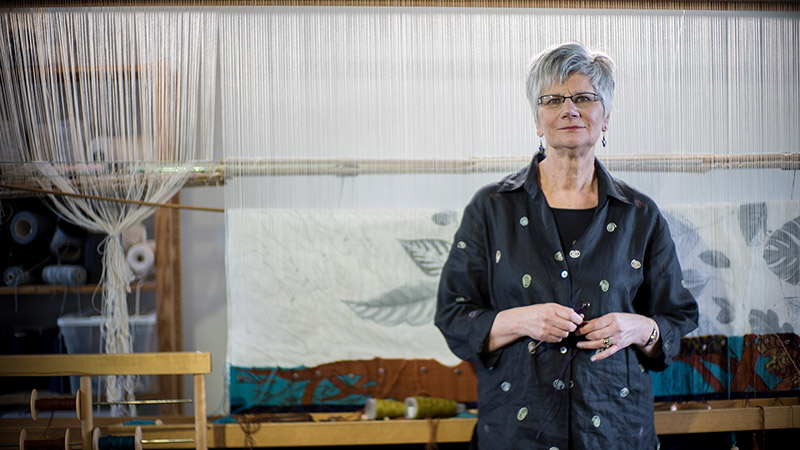 Weaving is considered to be one of the oldest serving crafts. It is both multicultural and ritualistic. It can be utilitarian and narrative. Jane Kidd uses this medium to illustrate contemporary issues relating to ‘…contradictions between art and science, imagination and knowledge, decoration and display.’ The tapestries in Curious tell the story of GMO seeds, hybrid objects, and the effects of technological advances on all species.

Jane Kidd is the recipient of the 2016 Governor General’s Award in Visual and Media Arts (Saidye Bronfman Award). Her exhibition at the Art Gallery of Grande Prairie is part of a larger show that was shown at the Craft Council of British Columbia Gallery in Vancouver, BC in 2015 and will open at the Kelowna Art Gallery in September 2017.