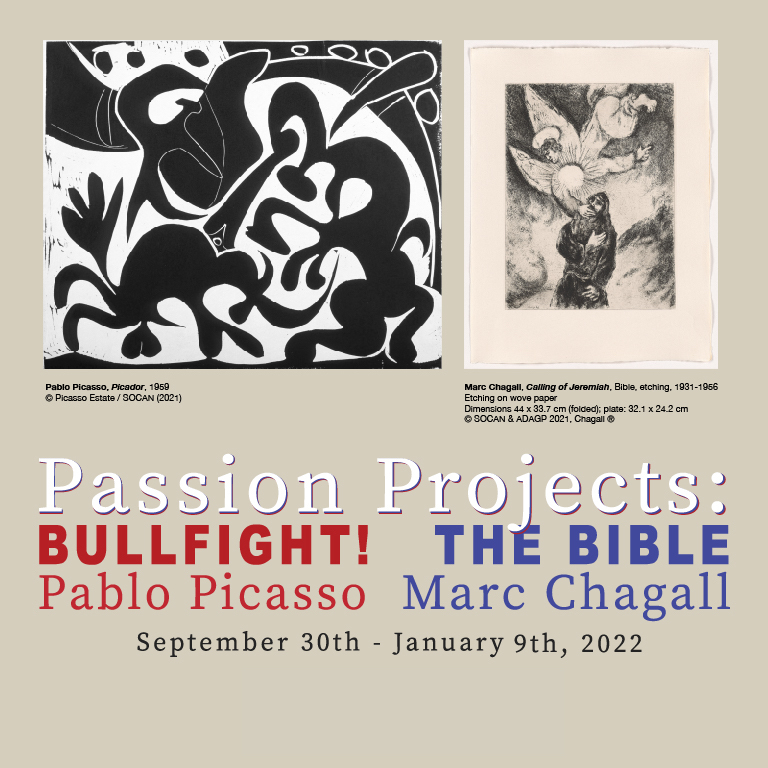 Passion Projects is an exploration of the personal inspiration and printmaking work of two of the 20th century’s most acclaimed artists; Pablo Picasso and Marc Chagall.

BULLFIGHT! by Pablo Picasso explores his lifelong fascination with the sport, cultural tradition, and imagery of bullfighting.

THE BIBLE by Marc Chagall is a series of images reflecting stories told in the Old Testament, a source of inspiration for him.

Born in 1881, in Malága, Spain, Picasso began attending bullfights at the age of seven. For the rest of his life, bulls, bullfights, and the Minotaur (a half-bull half-man figure from Greek mythology) would be frequent themes in his artwork. Throughout his artistic career, Pablo Picasso drew from many cultural histories to shape the style and narratives of his artworks. This includes being deeply inspired by Greco-Roman mythology as well as his lifelong interest in, and imitation of, African and Oceanic artwork. Picasso’s prevailing interest in bullfighting, however, came from his Spanish heritage, and the cultural environment he was raised in.

Parisian art dealer, publisher, and collector Ambroise Vollard (1866-1939) commissioned Picasso in the 1930s to create a suite of 100 prints in which bulls, bullfighting, and the Minotaur are the predominant themes. Many of the works featured in Passion Projects come from Picasso’s collaboration with master printmaker Hidalgo Arnéra, who was based out of Vallauris, France. In 1958, Picasso moved to Château de Vauvenargues, France, which was nearby Vallauris—where he could both attend local bullfights, and more readily access Arnéra. Picasso’s dedicated interest in bullfighting became the backdrop for Arnéra and Picasso’s experiments in linocut printmaking between 1951 – 1968.

Born in Vitebsk, Belarus, Russian artist Marc Chagall (1887-1985) was interested in art at an early age. In 1907, he left Russia and went to France to live and work as an artist. His work frequently looked at his personal experiences with dreamlike images that took qualities from the popular artistic movements at the time including Fauvism and Cubism. Chagall was introduced to printmaking in Berlin in 1922, at the age of thirty-five. He felt in this medium his narrative flair had found its proper expression. He created woodcuts, etchings and lithographs.

In 1931, Parisian art dealer and publisher Ambroise Vollard (1866-1939) commissioned Chagall to create 100 etchings on biblical stories. This opportunity allowed him to create works that incorporated elements of Jewish folklore inspired by his Russian Hasidic-Jewish upbringing. Through Vollard’s support, Chagall had the opportunity to travel in the 1930s to Palestine to absorb the setting of the Old Testament in preparation for the project. The resulting etchings showcase a soft approach to his colour usage and style creating smoky, mystical landscapes and figures. Chagall began the series in 1931, and completed 66 plates. However, due to both the start of World War II, as well as Vollard’s unexpected death in 1939, the project stopped. After the war, he re-settled in France in 1948 where he met Paris publisher Avec E. Tériade (Efstratios Eleftheriades) (1897-1983) the editor of Verve and heir to Vollard.  E. Tériade renewed the project and Chagall completed the Bible series with 105 etchings between 1952-1956 in France.

The etchings in Passion Projects include a set of 20 of the 105 works from the Bible series on loan from the National Gallery of Canada, Ottawa. Gift of Félix Quinet, Ottawa, 1988, in memory of Joseph and Marguerite Liverant.

Created and designed for the exhibition: Artists’ timelines 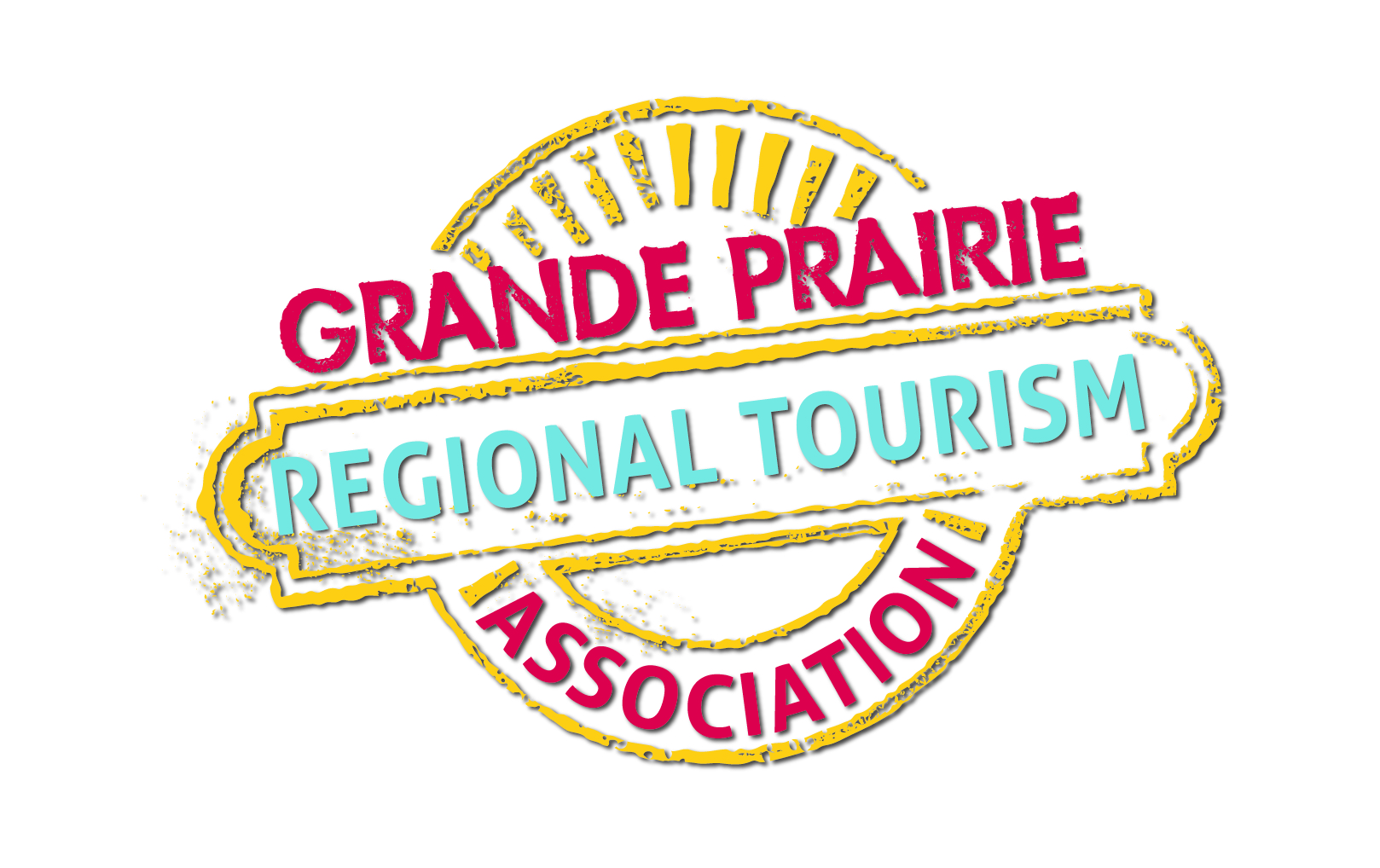 Pablo Picasso (1881 - 1973) - Pablo Picasso was a Spanish painter, sculptor, printmaker, ceramicist and stage designer considered one of the most influential artists of the 20th century.
Marc Chagall (1887 - 1985)-  Marc Chagall was a Russian-French artist.  An early modernist, he was associated with several major artistic styles and created works in a wide range of artistic formats, including painting, drawings, book illustrations, stained glass, stage sets, ceramics, tapestries and fine art prints.