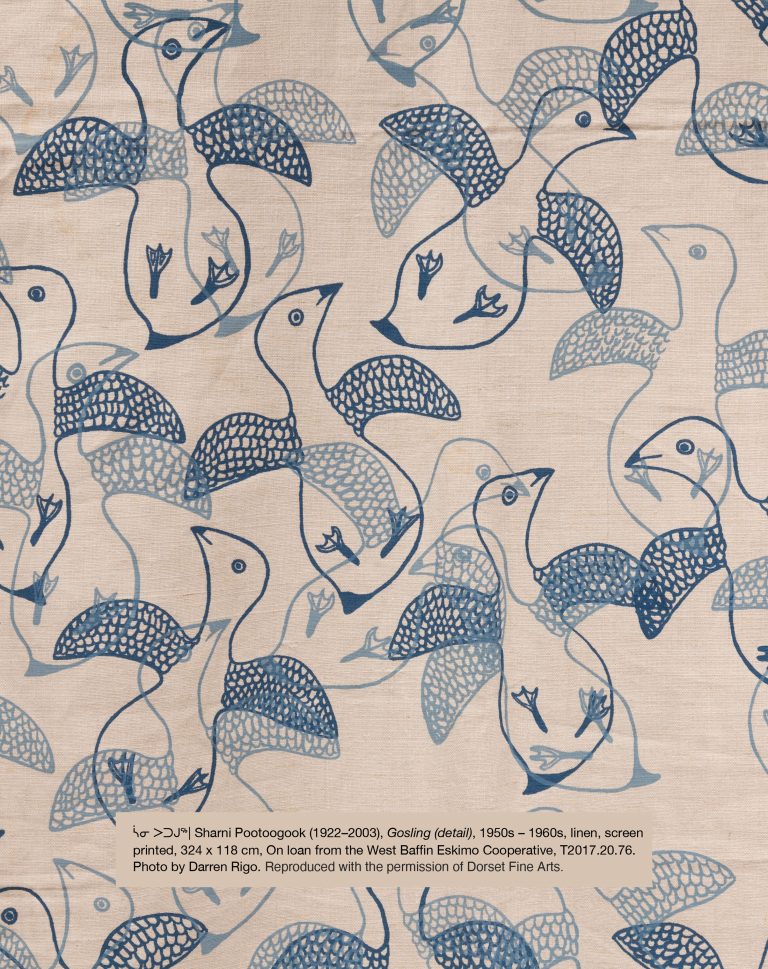 ᖃᓪᓗᓈᖅᑕᐃᑦ ᓯᑯᓯᓛᕐᒥᑦ Printed Textiles from Kinngait Studios presents the little-known story of a group of Inuit artists and printmakers who produced a collection of graphic textiles in Kinngait, (Cape Dorset, Nunavut) in the 1950s and 60s – a period of social change that disrupted traditional language and relationships to the land. Made for interior décor during a period when artist-designed textiles were popular in North America and Europe, these mid-century designs depict legends, stories, and traditional ways of life. They provide vital points of connection between contemporary Inuit community members and the creativity and resourcefulness of previous generations.

ᖃᓪᓗᓈᖅᑕᐃᑦ ᓯᑯᓯᓛᕐᒥᑦ Printed Textiles from Kinngait Studios traces the evolution and impact of this textile initiative on Inuit graphic arts and explores its legacy through the work of Inuit fashion designers working today: Tarralik Duffy of Ugly Fish; Martha Kyak of InukChic and Nooks Lindell of Hinaani Design. The exhibition includes over 60 textiles that were printed at Kinngait Studios in the 1950s and 60s, paper prints, textiles that demonstrate other Inuit graphic art traditions, archival photographs, and new work by three Inuk fashion designers; Martha Kyak of InukChic; Nooks Lindell of Hinaani Design; and Tarralik Duffy of Ugly Fish.

Organized and circulated by the Textile Museum of Canada with the support of the Museums Assistance Program of Department of Canadian Heritage. Reproduced with the permission of Dorset Fine Arts 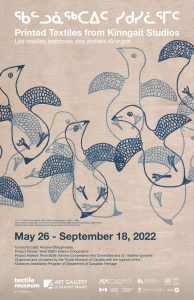 This exhibition is sponsored by: 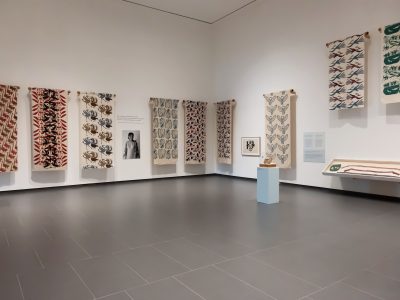 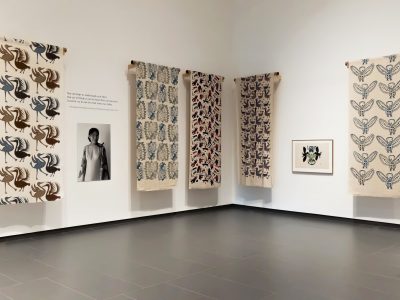 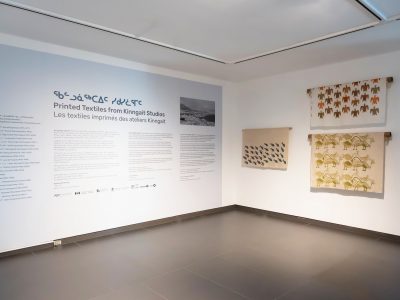 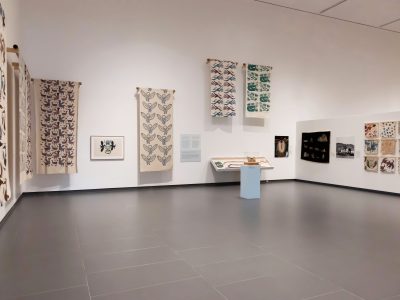 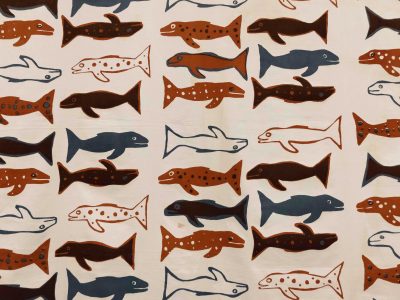 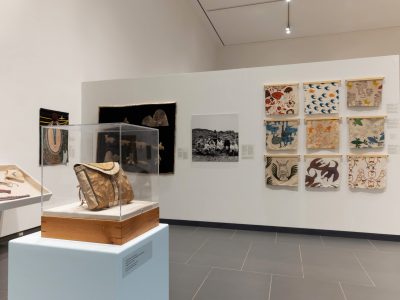 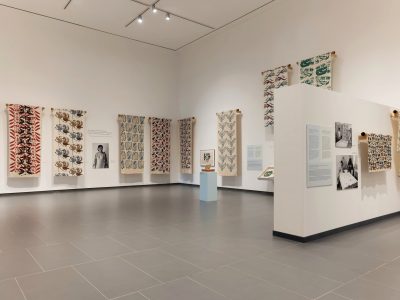 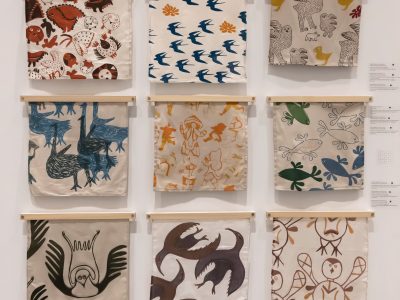 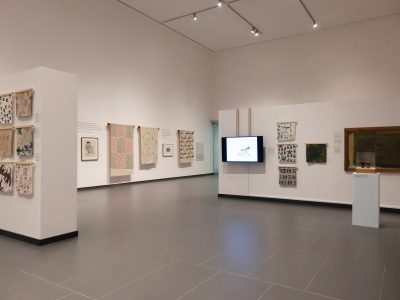 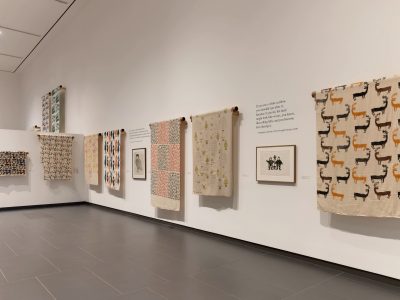 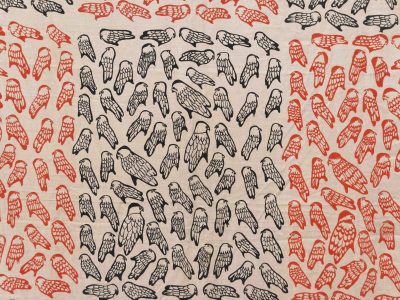 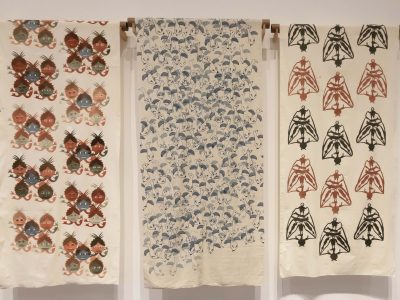 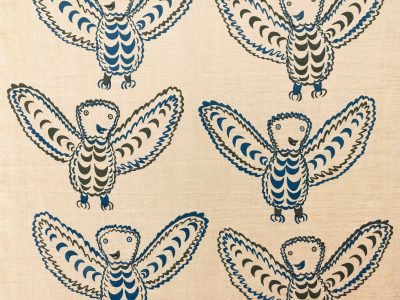 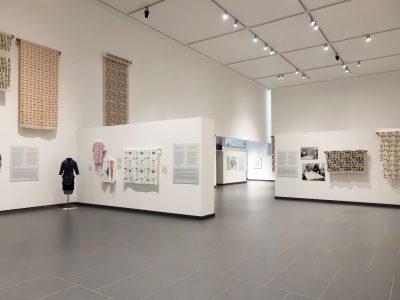 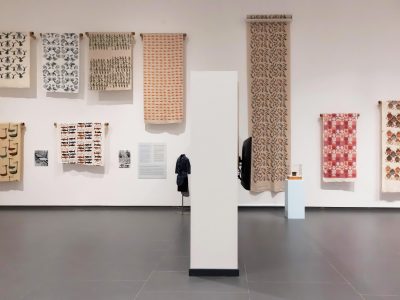 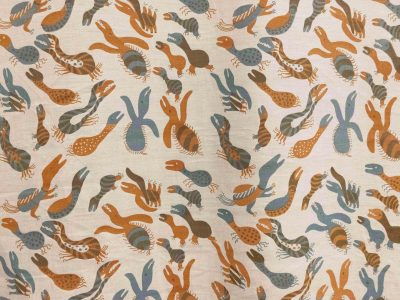 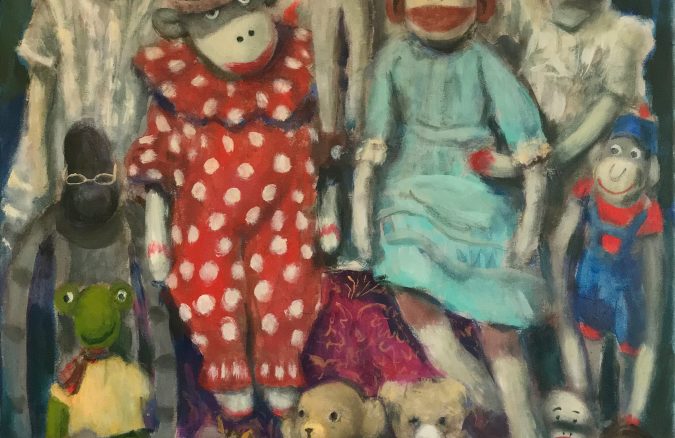 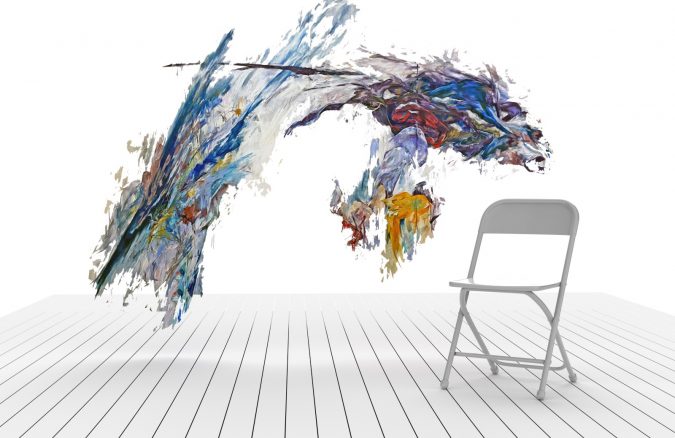